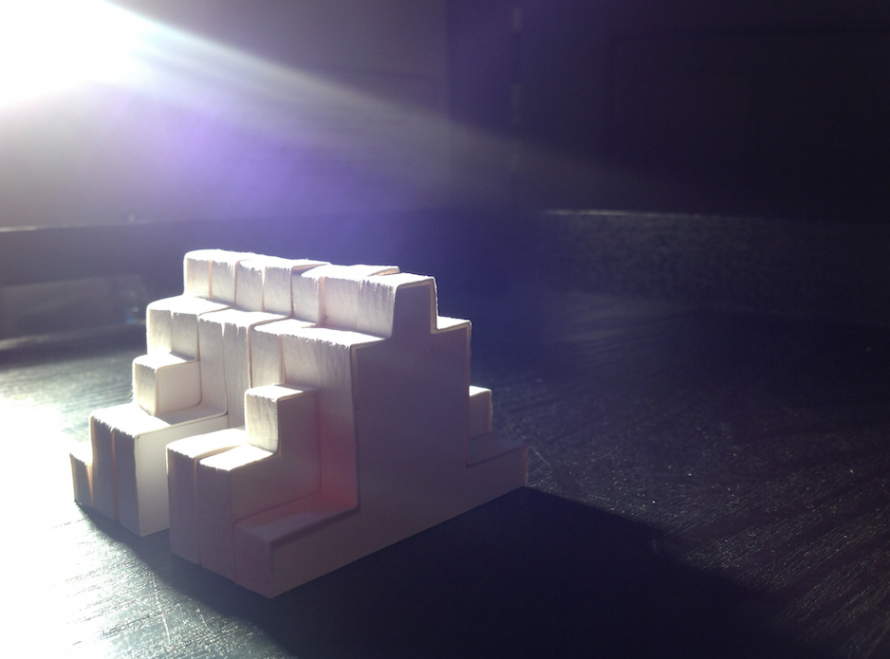 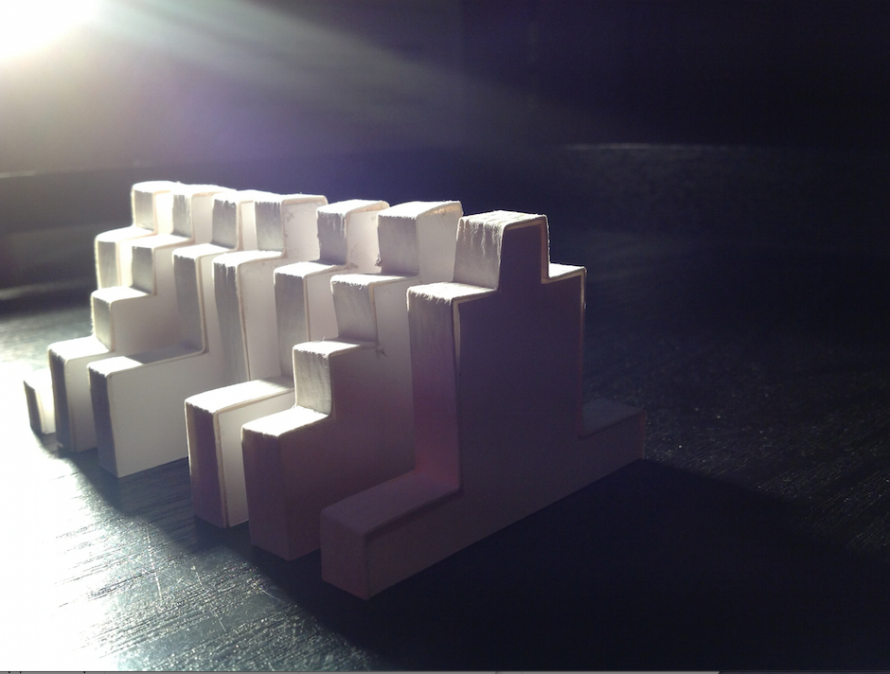 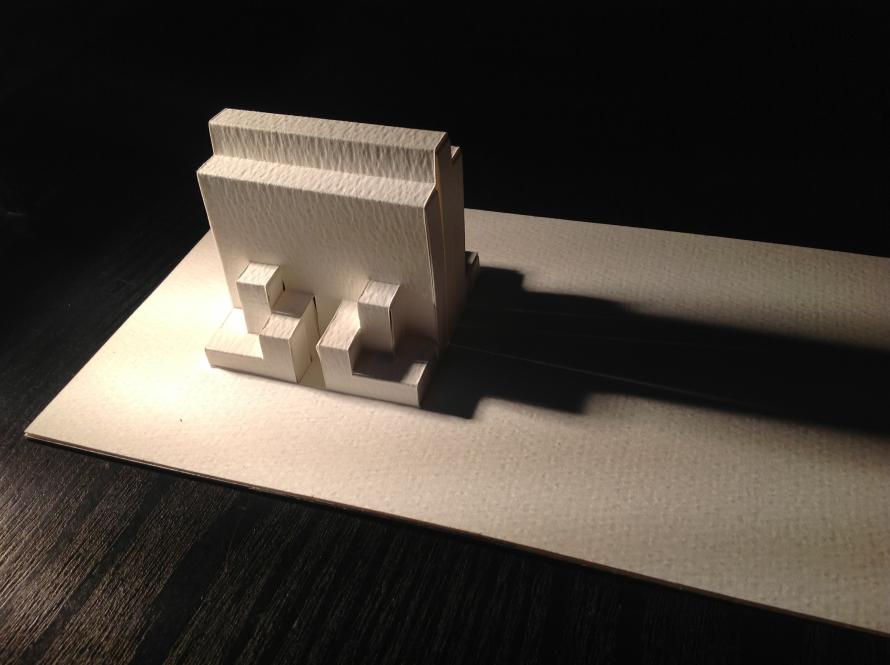 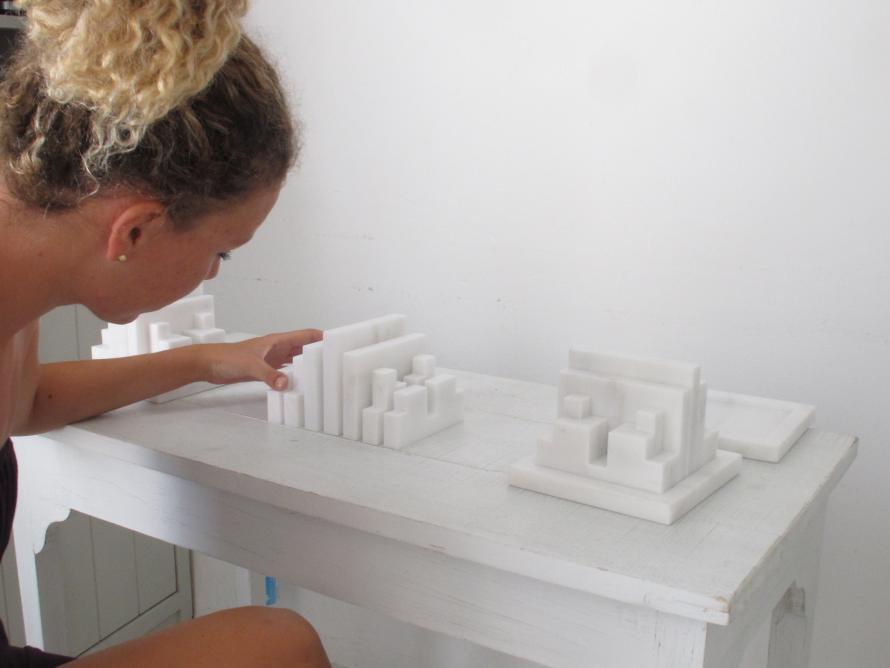 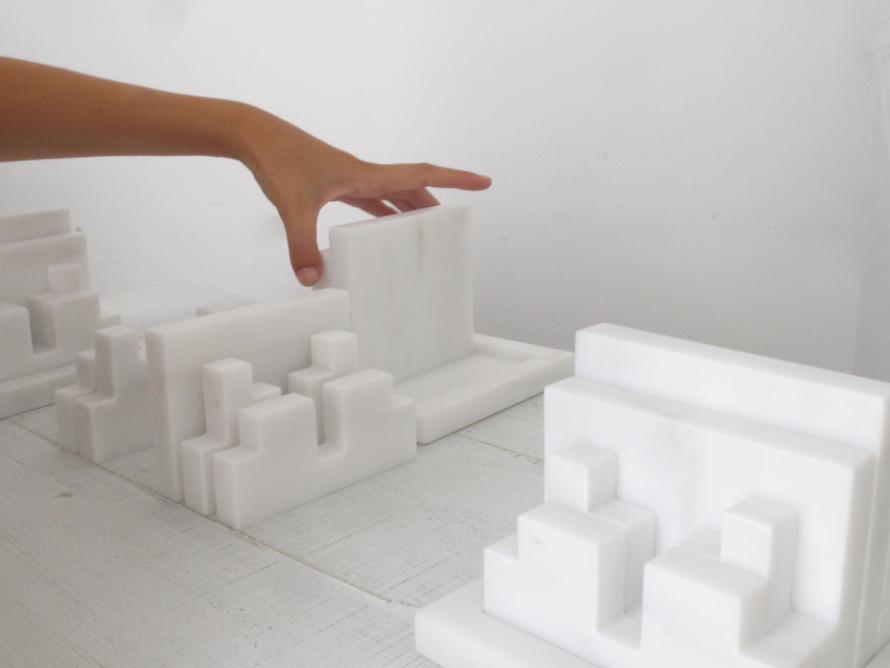 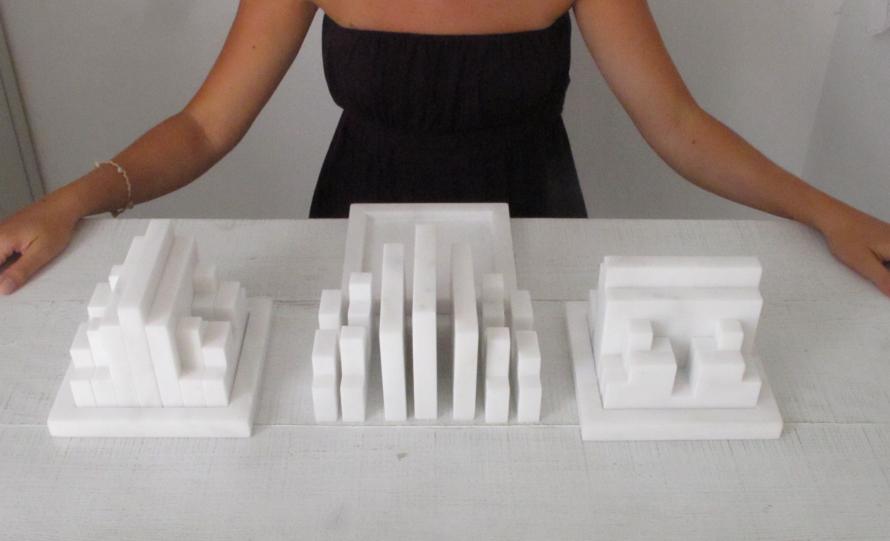 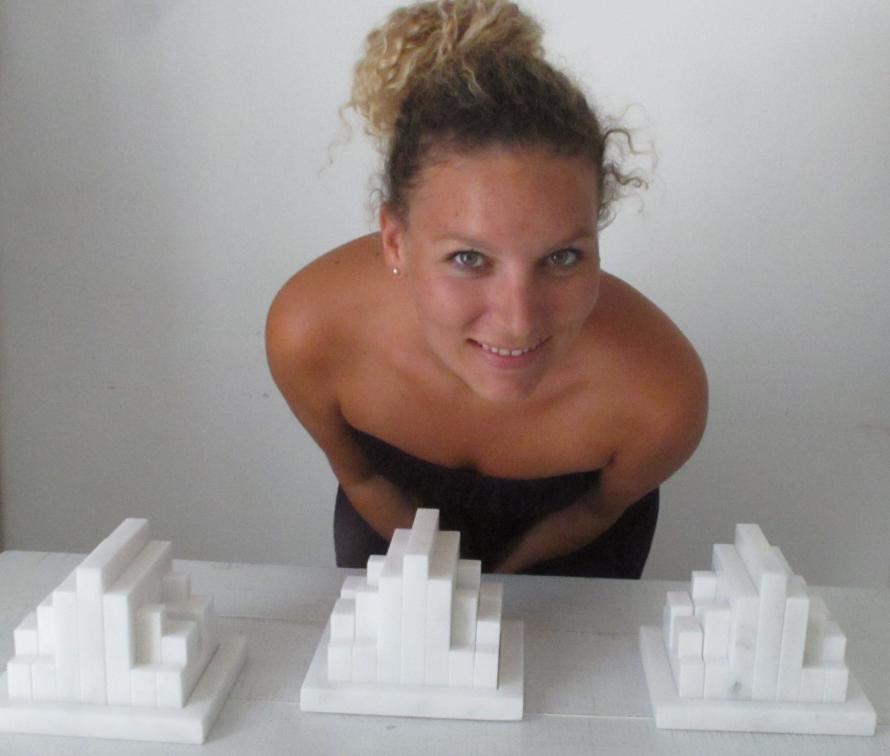 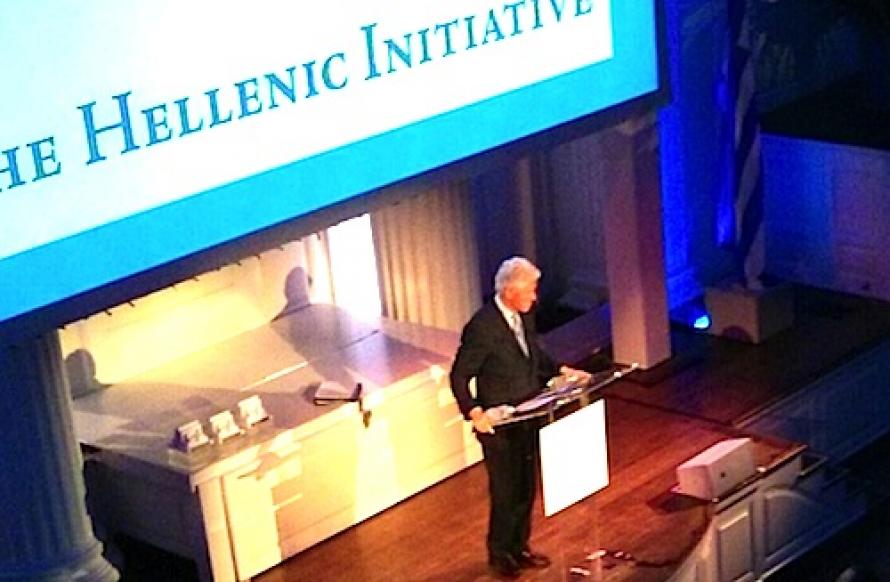 For The Hellenic Leadership Award, to be given by The Hellenic Initiative, I wanted first of all to use Greek resources in its formation.  For such an object, I believe there is no material more appropriate than our beautiful marble.  For me, marble evokes the best impression, memory and sense of Greece and all its history in its purity of light and its timelessness. For my proposed design, I have taken The Hellenic Initiative logo into the third dimension and given it an upward projection and extension into space to represent growth and development toward all possibilities. My design has been rendered in seven parts, each of which will be a solid slab of marble, all converging to form the body of the award.

The attached photos show paper models that I have constructed with variations in height in order to determine the best representation of the logo and its purpose.  On one side of the award, the script “The Hellenic Leadership Award” will be engraved, and on the other side, the script “Hellenic Initiative” will be engraved.   The particular placement of the script will be determined after the final design form has been decided upon.